Página Inicial / Ecosystems are the future of Industry

Industry 4.0 brings with it new production methods that turn into high quality products, with lower costs and waste along the entire value chain, manufactured in an intelligent ecosystem environment, in which the processes are integrated, autonomous and flexible.

The presence of more and more industrial companies on the global scene requires more agile and effective production management, driven by state-of-the-art technologies such as the internet of things (IoT), the cloud, advanced data analysis, remote operation, robotics or 3D printing. The integration of these tools, possible under the Industry 4.0 paradigm, makes processes more efficient and intelligent, interconnecting the entire product life cycle.

However, for this transformation to be effective and far reaching, it needs to permeate all areas of the organization, spanning from the business model to organizational and management aspects, always considering three essential dimensions. These are: the digitalization of production, which allows the integration of advanced information systems that help in the management and planning of production; automation, through the implementation of advanced production systems and intelligent production lines; and automatic data exchange, which ensures the connection between equipment, systems, people and products, for a global management of the value chain.

In a ‘smart factory’, in addition to impacts on productivity, efficiency and competitiveness, the technological branch allows for a more flexible production, with a view to adapting it more easily to changes in demand and to specifics defined by the consumer. Therefore, there is a greater capacity for personalization, which, nevertheless, does not penalize the production volume.

In addition, emerging technologies such as 5G (fifth generation mobile internet) are also beginning to reveal themselves to be important supports for innovation, which may contribute to this new model of productivity. Among telecommunications operators and network and solution providers, preparation for the new wave of communications technology is already underway, with some pilots demonstrating the importance they may have on the shop floor and throughout Industry 4.0.

5G will be a technological enabler of the fourth industrial revolution, defend national telecommunications operators, such as NOS and Altice, and solution and network providers such as Nokia Solutions and Networks Portugal. “There is enormous potential in 5G for industry, health, energy, transport and many other sectors”, says an official Nokia source who adds: “More than with today’s mobile networks, 5G networks connect sensors, machines, platforms, systems and people, forming an automated and integrated ecosystem that operates in critical environments, in terms of reliability, capacity, security and low latency”. Luís Alveirinho, chief technology officer at Altice Portugal, adds: “5G will play a key role in driving the era of intelligent connectivity, capable of taking advantage of unreachable response times with current technologies to ensure new scenarios for digital interactivity, as well as to reinforce an investment in applications for the B2B and B2B2C markets, such as IoT, industrial automation and critical services, namely in the area of ​​health, smart grids, smart cities, Industry 4.0, autonomous vehicles, etc., being a relevant factor in the development the economy of each country and the world in general”.

Common to all sectors, 5G applications are almost limitless but, according to Nokia Solutions and Networks, they are particularly suitable for factories, industrial automation, the mining industry, smart cities, drone use, energy and communications applied to public safety. In a manufacturing environment, the company exemplifies, manufacturing sites require stable connectivity between IoT devices. “Background noise from machines and the movement of people can interfere with wireless communications, but 5G mitigates these aspects and offers the reliability and stability needed to maintain and improve operations. 5G also allows the connectivity necessary to increase the level of automation in a factory and the production line equipment, in addition to increasing the productivity of machine operators through AI (artificial intelligence) and IoT”.

Regarding the benefits of the new communications technology, Luís Santo, responsible for the NOS 5G programme, highlights efficiency, but also a quality dimension. “Europe faces the challenge of mass production coming from China, whose differentiation will have to be made by quality”. Luís Alveirinho points out, in addition to the faster communication speed, the significant performance gains of the 5G, which guarantees significantly shorter response times and greater reliability. “5G is a giant step forward in the global race to digitalize economies and societies, leveraging new usage scenarios that maximize the cloud’s potential in building differentiating solutions, while enabling the exploration of new business models that allow a degree of competitiveness unmatched by the new digital skills that currently bring us up to date with the best that is done in the world ”.

From Nokia’s perspective, the benefits of 5G for the business value chain are transformational and include improvements in production and market processes, such as controlling inventories, equipment and vehicles with widespread wireless connectivity and smart applications. “By overcoming the limitations of Wi-Fi to connect a multitude of sensors, scanners, machines and people, private, industrial-grade wireless technology will ensure the reliable flow of critical business information in semi or highly automated environments – from the evolution of port terminal operations to the logistics optimization of warehouses and fleets ”, the company points out.

An opportunity for Portugal

Despite the promising future that everyone anticipates for this technology, 5G still has a long way to go and some obstacles to overcome. Luís Santo highlights the technological maturity that will have to be reached in order to take full advantage of its potential but, he warns, “there are also language challenges between operators and industry. There is a learning period but neither party can work alone. It is necessary to create an ecosystem”.

A second challenge, says Nokia, is that 5G standards are still in progress. “To date, there has been a focus on improving mobile broadband, but 5G industrial ecosystems are still being developed. On the other hand, private LTE / 4G networks currently play a fundamental role, as they already offer a major change compared to the technologies used today in industrial areas”, explains Stephane Daeuble, director of Marketing Enterprise Solutions at the company. With LTE / 4G, industrialists have access to a wireless connectivity solution that is sufficiently reliable to begin their digitalization journey and gain competitive advantages, providing a solid starting point for Industry 4.0 today, while facilitating evolution for 5G for even more possibilities.

For Altice, this preparation work has to be done quickly. “Portugal already has a considerable, and even irreversible, delay in defining the implementation of 5G, placing our country tailing behind Europe”, points out Luís Alveirinho. In his opinion, the introduction of 5G in Industry 4.0 is already a very complex process, so any delay can further compromise this adoption. However, “the operators, given their positioning of economies of scale and coverage, appear as natural partners for companies in the development of Industry 4.0”.

Anticipating the future of aeronautics

Innovating in the production process and ensuring greater personalization of the product, whilst maintaining volume, are usual practices at Embraer, which started the digital transformation of its factories almost two decades ago.

Before the generalization of the Industry 4.0 concept, the technology had already reached the factory floor at Embraer. The global digital transformation of the company of Brazilian origin began at the turn of the century, anticipating trends. When virtual reality was nothing more than a Hollywood film concept, the technology was already used by the company in the manufacturing process. According to the multinational, this is one of the milestones of its technological evolution.

Avoiding production errors and detecting problems in the design of the final product are some of the advantages of using virtual reality tools in a shop floor environment. And, in the case of Embraer, “this technology allows different teams to study the integration of systems in the aircraft in 3D, anticipating any difficulties that would be faced in the physical world, and looking for alternative solutions even before the aircraft assembly begins”, says an official source. from the company.

Later, the adoption of robots, in 2007, or the integration of MES (manufacturing execution systems), from 2012, turned the concept of the digital factory into reality by allowing suppliers and production line professionals to do without paper instructions. and access 3D models and instructions in real time. More recently, since the introduction of the E2 commercial jets line, in 2015, Embraer has advanced even further, “becoming the first company to adopt mobile templates for wing assembly, which gains more automation”, reveals the same source.

In Portugal, the factory complex consisting of two factories, just outside Évora, was inaugurated in 2012 and thought, from the beginning, to integrate all the cutting edge technology of the business group. From the Alentejo to the world, wings, ailerons, spoilers, stabilizers and other components for airplanes are produced, in composite and metallic materials.

Innovation from A to Z

One of companies’ frequent mistakes is to face innovation in a reductive way, applying it only to part of the business value chain and not across the board. A very different view from that adopted by Embraer. According to the company, “innovation is transversal: it occurs in the business model, partnerships, processes, management, services and business diversification”, in a long-term view, as it could not fail to be in an industry such as aeronautics. This entire strategy is supported by partnerships with universities, research institutes and other companies in different regions of the world, with the entire manufacturing process benefiting from new technologies.

The increase in productivity is, with this strategy, a natural consequence. The company exemplifies: the introduction of robots in one of its parts warehouses, integrated with SAP management tools, allowed productivity to triple in two months and reduce the storage area by 70%. With the new high-density solution, robots distribute parts according to production requests and the system organizes the flow of parts to facilitate the work of operators.

Another example, in this case with the use of Artificial Intelligence (AI), is the robot health management system. In other words, the technology follows the quality of the holes made in the wing of the E2 (line of commercial jets) and points out any millimetre trend of deviation caused by the wear of the hole drill. In this way, the company avoids unnecessary decommissioning of material and long periods of unavailability of the robot.

Developed in partnership with: 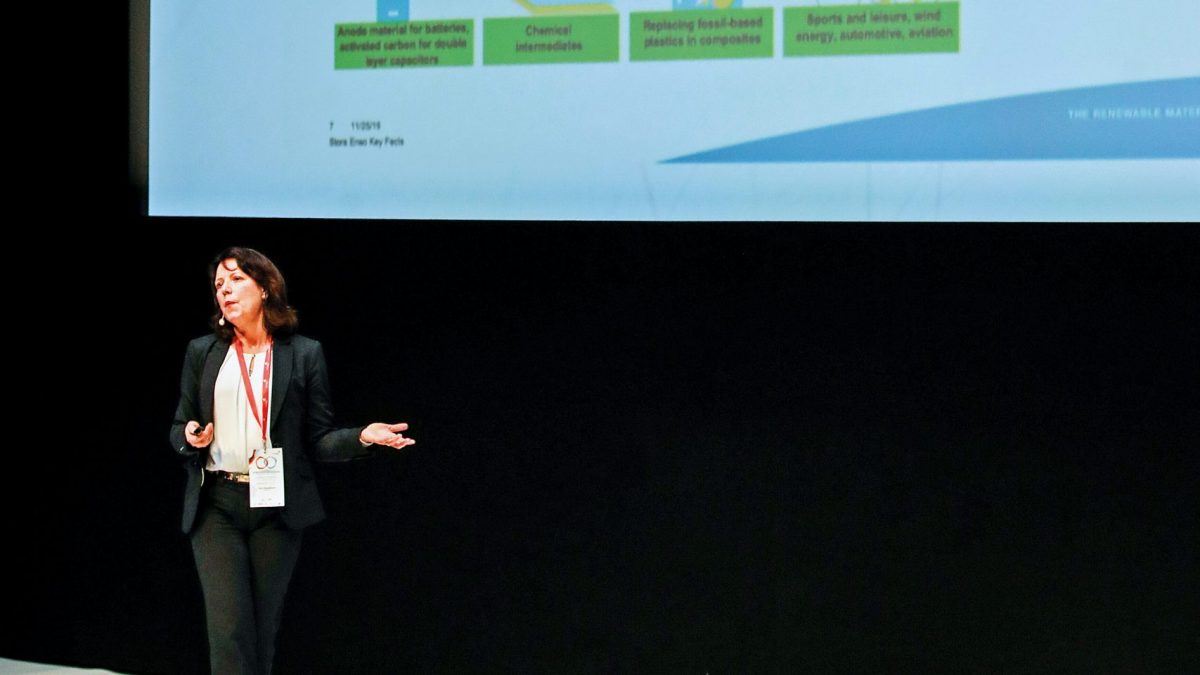 Innovating: sustainability as a competitive factor 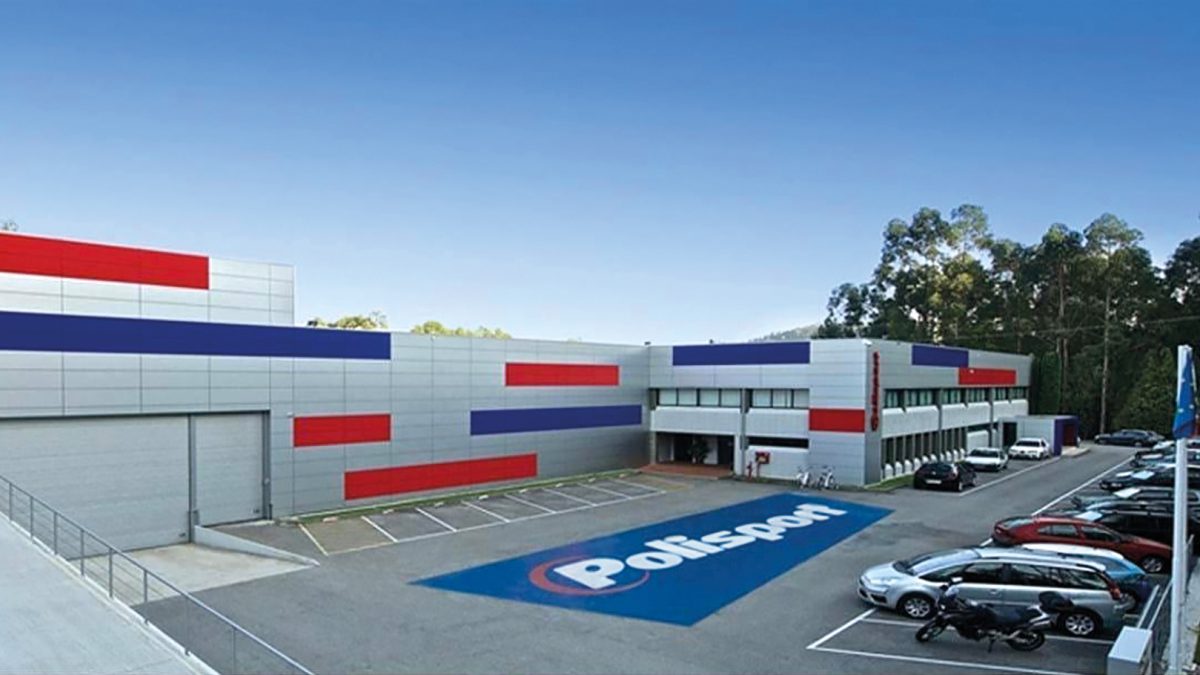