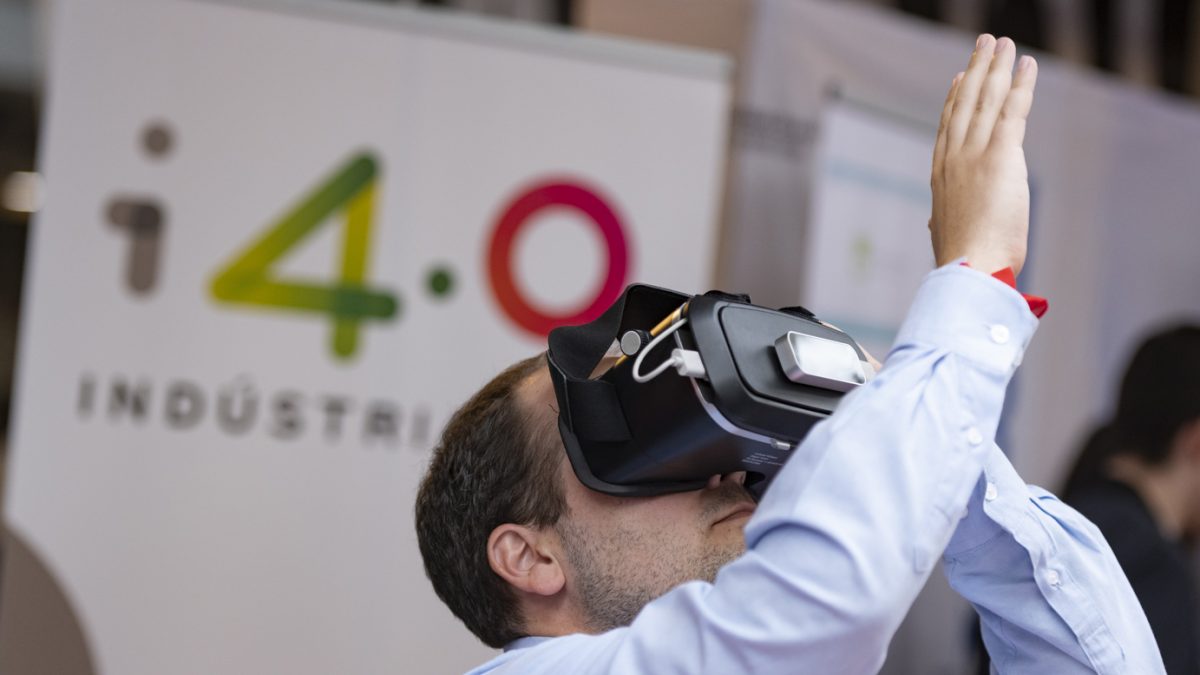 Industry 4.0 represents the transformation of companies’ business models, through the adoption and integration of cyber-physical technologies that allow them to increase their agility, and it is important to diagnose the Portuguese reality in this area. In this context, COTEC Portugal developed, with the support of KPMG, an “i4.0 Scoreboard” with the following objectives:

The i4.0 Scoreboard is a tool that aims to measure the basic conditions and the competitiveness of national SMEs in the context of Industry 4.0, through a synthetic index, the i4.0 Index.

The i4.0 Index measures the performance of 18 European Union countries according to their baseline conditions (Readiness) and the competitiveness of SMEs in the i4.0 context (Integration), consisting of 8 dimensions (Figure 1), assessed with 35 indicators.

This index aims to identify relationships between the indicators, the score on the synthetic index and macroeconomic impacts, showing a positive relationship between the performance in the i4.0 Index and the level of economic growth (Figure below), as measured by GDP per capita.

The model estimates that an increase of 1 point in the i4.0 Index, will result in a growth in GDP per capita of between 2.1% and 2.4% over a 5-year time horizon. The 1 point increase in Portugal’s i4.0 Index would be enough to put the country in the leader in the mid-tier group.

According to i4.0 Index, Portugal belongs to the group of mid-tier countries in terms of performance in the i4.0 context, occupying the 12th position (Figure below). It is closer to the group of lagging countries than to the leading group – a difference of 1.6 points compared to the last country in the leading group (United Kingdom) and 0.7 points compared to the first in the lagging group (Italy).

From a disaggregated perspective, Portugal presents a similar relative performance in terms of Readiness and Integration, with the Technological and Innovation Ecosystem and the Corporate Strategy being the dimensions in which it presents the greatest gap.

In an isolated view, Portugal recorded a positive evolution between 2016 and 2017 in the vast majority of dimensions, however, at a pace typically lower than that of its peers.

Consult the Scoreboard i4.0